Internet of Things (IoT) technology has the power to transform even seemingly mundane products into smart devices that enhance people’s lives.

It also presents a huge opportunity for businesses in nearly every industry. InterQuest Group projects the global IoT market will top $660 billion by 2021. Companies would be wise to explore IoT as a means to reinvent their existing products, create new categories, and enter new markets.

Recently at Digital Scientists, we’ve had the opportunity to be involved in several IoT projects.

The tad™ Smart Mobile Medication Dispenser from Intent Solutions not only dispenses medications as prescribed but is also helping to create better healthcare outcomes.

The BoxLock smart padlock addresses the growing problem of “porch pirates” stealing e-commerce deliveries and it can only be unlocked by the homeowner and the delivery driver.

Both products use internet connectivity and smart technology to solve specific user problems. But it’s not as simple as just adding some software to a physical product. Creating an IoT product is a complicated, expensive process, so it’s important for companies embarking on a project to know what they’re getting themselves into.

As a team of designers & developers, we’re always excited when we get to play with an actual, physical product. While we do a good bit of our work through our computer screens, we do take the time to get out and talk to people to ensure the end product is a useful and thoughtful experience. And, let’s be honest, working and playing with new technology brings out the kid in all of us.

And if we learn a thing or two in the process, that’s a nice bonus. Below are some of the key learnings we’ve taken from the development of these and other products, and that apply to just about every IoT project.

When we’re leading the development of a digital product, we can essentially own the entire process. It’s all software, so aside from working with our clients, there is little need to involve a third party.

But with an IoT product, everything changes. There are three or four main aspects of the product — the physical/mechanical workings, the physical design, the firmware, and the software. This doesn’t even include the manufacturing, IP, marketing and other crucial functions.

On the BoxLock project, we were one of four distinct teams, all working on the project nearly simultaneously. This presented a huge challenge in communication and coordination of timelines.

This means orchestrating the work and timelines of multiple groups: software developers and UX designers like us, mechanical engineers, electrical engineers, industrial designers, to name a few. On top of those, you have timelines associated with manufacturing, legal, and even marketing (if the product has a specific launch date).

That means that all teams have to be willing to bend their processes and collaborate to deliver the product on time.

This is a difficult process, not only for coordinating timelines, but also for managing the inevitable problems that plague the development of any product. All of the different systems are interdependent, so it’s crucial that the various teams communicate effectively, and that the project timeline (and budget) is flexible enough to accommodate issues and changes.

Understand the customer and use case

Understanding the user, and the problem you’re trying to solve for them, is important in creating a digital product. It’s even more important in developing an IoT product.

This is where prototyping becomes an important part of the process. In the case of tad™, Intent Solutions developed an initial prototype that was shared with pharmacists, physicians, and other potential customers. This allowed them to receive critical feedback, and make any necessary adjustments, before going into full production.

Firmware updates are possible, but once the product is out in the market, there’s no going back.

That’s why it’s so important to understand the user, who they are, how they’ll use the product, where they’ll use it, and much, much more. You have to be sure the product will truly add value for the user.

Things change. Use cases for IoT products that may not exist now may become important in a year’s time. Rather than creating a new version of the product, requiring customers to buy new devices (which they may not want to do), companies should try to anticipate those future needs, and build the device accordingly

The device needs to be built with that future use in mind. That typically means including hardware to allow future functionality.

During the development of BoxLock, the development teams and the client discussed several functions and features to be included in future versions of the product. As much as possible, we had to build in provisions for those features so they could be added later, without obsoleting the product.

There’s only so much you can anticipate, of course, but when companies plan for the first three versions of their product, it’s easier to add the new functions and features customers want without having to inconvenience them to buy a new device.

The best way to accomplish that is through a prototyping process that includes testing the device with real users. As with software, observing actual use scenarios, and obtaining feedback from users, is invaluable in perfecting the product.

Today, only about a quarter of all homes have a smart speaker, such as an Amazon Echo. Gartner predicts that number to rise to 75 percent by 2020. That will undoubtedly lead to an increased demand for IoT devices that connect to smart speakers.

It’s clear that IoT devices will soon be ubiquitous in our lives, and that represents a huge opportunity for companies looking to get ahead of the competition, or even just stay competitive.

Developing an IoT product is not easy. It’s a process fraught with the challenges of multiple teams working together in a quickly changing technological landscape. But for most companies, it’s an opportunity worth exploring, and understanding how the process is different from what they might be used to.

Learn how Digital Scientists can help your organization explore IoT. 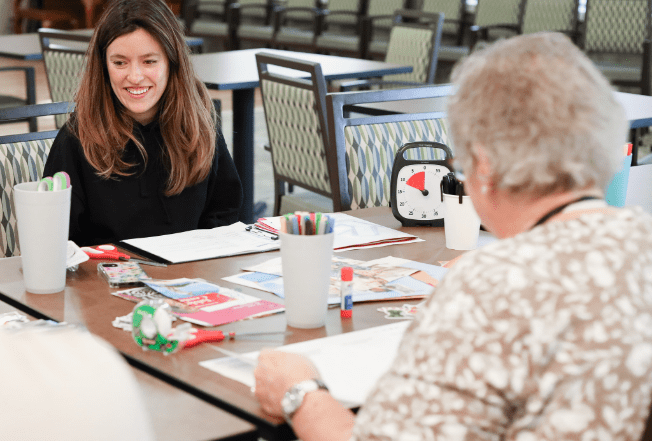 The first touchpoint in any customer experience is critical. This is particularly true for elderly users. Here are five quick tips on how to design optimal onboarding experiences for seniors.